There are several fluids and components in an internal combustion engine that work together to keep your car running smoothly and move you from point A to B. Between the engine block and cylinder heads, the head gasket acts as a seal. In order for the engine to operate properly, different fluids must not mix together.

Mechanics, as well as many others, refer to leaks in the head gasket as "blown gaskets". Through the head gasket, three different types of fluid are prevented from mixing. In the combustion chamber, those fluids include oil, coolant, and a mixture of air and fuel. Fluids that mix will cause problems in the systems they are connected to.

Here are some symptoms to look out for!

Symptoms Of A Blown Head Gasket

In the event of a head gasket leak, there are several telltale signs that can be seen. Among these signs are:

Symptoms such as these occur when fluids are mixed together. Regardless of whether the head gasket blows, all the fluids may not mix. The symptoms listed above do not necessarily indicate that there is a blown head gasket. You should shut down your engine and hire a mechanic if you notice these symptoms.

White Smoke From The Exhaust

One of the most common symptoms of a blown head gasket is engine overheating. During the combustion process, coolant leaks into the combustion chamber, where it evaporates and escapes through the exhaust. Consequently, the coolant quickly runs out rapidly.

Since the engine can't cool itself, it overheats. In addition to a lack of coolant, blown head gaskets will also lead to less efficient power generation, which produces more heat.

By lubricating many components in the engine compartment, engine oil serves an important role. Water and oil are not meant to mix; if they do, they will produce a milky frothy liquid.

Due to the combination of oil and coolant, the engine oil will lose most of its lubrication properties. Check the oil filler cap for any white and frothy fluid that might indicate a blown head gasket. Blown head gaskets are likely to be the cause of an engine failure if they are present.

It is also important to keep in mind that oil and coolant can mix as well if there is another issue, so this isn't necessarily a result of a blown head gasket. Radiator caps might be covered in a mayonnaise-like film caused by oil being pumped into the coolant system. The overflow tank could also be filled with bubbles. In addition to cooling system leaks causing hydro locks, coolant leaks into the combustion chamber can lead to engine overheating as well.

In more extreme cases, the engine might experience substantial compression loss, which will cause engine knocking. When the engine is still, it might also exhibit rough idle. There are some cases when the engine may even stall. A non-lubricated moving part can wear permanently damaged because of friction. The rough idle and engine knock that are described are not exclusive to a blown head gasket but are a sign that one has blown.

Repairing the head gasket on a car is among the most expensive repairs. The head gasket itself is not responsible for this, but its position in the engine compartment is. This means the engine needs to be disassembled, due to its central location. It takes many hours to complete, so the repair requires a lot of labor.

Inexperienced mechanics are not suitable for the job, and neither are average mechanics. If you believe your car may have a blown head gasket, we recommend taking it to a professional. You can expect to spend between $100 and $200 on a new head gasket, depending on your car model. As previously mentioned, labor costs will be the biggest expense. Depending on the model of the car and other factors, this head gasket repair cost will vary greatly. According to general guidelines, labor costs should range between $900 and $1500.

In order to prevent fluid from mixing between the engine block and cylinder heads, the head gasket is necessary. Fluids from a combustion chamber include oil, coolant, and air/fuel mixture. The same thing as a "blown head gasket" is a leak in the head gasket. Overheating is one of the most common causes of blown head gaskets.

In other words, the coolant must be kept at an acceptable level at all times. This can be a problem in both directions. During oil leaks, oil enters the coolant system; similarly, coolant enters the lubrication system. Coolant and oil often leak into the combustion chamber during oil leaks.

Symptoms include overheating of the engine. The engine can knock, emit white smoke from the exhaust, or produce milky white frothy oil. An alternative to repairing a blown head gasket is to use a head gasket sealer. In most cases, it won't work at all and it's never a permanent solution.

Generally speaking, you should expect to pay between $900 and $1500 for labor alone. Having a blown head gasket can also mean that other components could get damaged as well. The cost of repairs could increase substantially as a result.

Are you interested in learning more about cars and their maintenance? Head over to the KeepDriving website and check out our blog post on what causes black smoke from car exhaust.

Trending Articles
13 Tips for Driving in a Whiteout
January 25, 2023 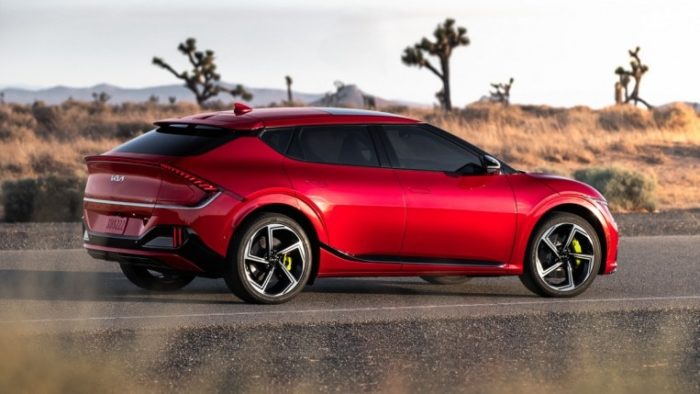 Tips to Winterize Your Vehicle – Smyth Auto Parts
January 24, 2023
Which are the most expensive cars to insure?
January 23, 2023
Where to Find the Best Used Auto Parts in Fort Worth
January 23, 2023
Copyright © 2023 Keep Driving. All Rights Reserved.