If you are teetering on the brink of buying an electric vehicle (EV), you may well be asking yourself if you should buy a new EV now or wait. We understand your hesitation. The faltering economy, exploding interest rates, new and confusing regulations on EV tax credits, and the high price of vehicles in general are only a few of the issues that may give you pause.

Our discussion here focuses on fully electric vehicles drawing all their power from a battery charged by plugging into an outside electric source. This excludes plug-in hybrids (PHEVs) and traditional hybrids (HEVs), which both have and rely on gasoline-fueled engines.

Let’s explore some of the issues we’ve raised, provide a few pros and cons for buying now, and then we’ll tell you what we would do if we were in your shoes.

How Much Does an Electric Car Cost? 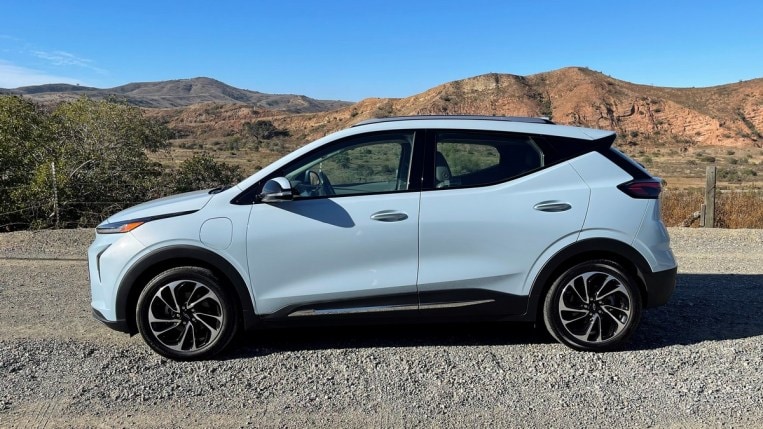 Today, the average price of an EV in the United States is just above $61,000. Correct, that is luxury-car territory. Of course, it’s an average; therefore, some EVs are priced lower and some higher. However, there are only a handful of electric cars sneaking below $40,000. For example, those below that threshold include (before destination charges) the Chevy Bolt ($26,500), the Nissan Leaf ($28,040), the Hyundai Kona Electric ($33,500), and the Kia Niro EV ($39,550). Most cost much more; consequently, manufacturers have priced electric vehicles beyond the reach of the average consumer.

A few EV manufacturers (Nissan, Chevrolet, and Tesla) have reduced their EV prices. For example, Tesla has dropped the price of its Model 3 by $3,750, and its Model Y by $13,000. Consequently, under the new electric car tax credit rules, they are both now eligible for as much as a $7,500 credit. In other words, overnight the Model Y now can cost as much as $20,500 less than it did in December, 2022.

However, generally, we don’t see EV prices dropping significantly over the next few months

Despite the volume of new EV models carmakers continue introducing, there still isn’t near the variety of electric car models boasted by gasoline-fueled options. Moreover, if you are brand loyal, the choices narrow even more. For example, brands including Honda, Dodge, Buick, and Infiniti don’t yet offer an EV. However, nearly every car manufacturer has announced plans to produce EVs in the near future.

In other words, the options will increase with time. Consequently, if you can’t find exactly what you want now, you may be able to in a year or two.

RELATED: Concept Electric Cars That Could Make You an EV Convert

Name a reason: The microchip shortage, a clogged supply chain, assembly line issues, or whatever else might cause delays, more than a few EVs can take a year or longer from initial deposit to customer delivery. In some cases, the supply simply can’t meet the demand. Therefore, orders pile up and consumers must wait months for the EV of their choice. When or if the supply will catch up with the demand remains to be seen. So many variables are involved, making any sort of sound prediction is virtually impossible. Although logic tells us that at some point, supply will meet demand.

EV Tax Credits You May Consider

If you are adept at deciphering all the rules in the Inflation Reduction Act (or “Build Back Better” plan) that congress passed late last summer, you might successfully negotiate the mishmash of new rules. Then there are the exceptions and timetables for the latest EV tax-credit regulations, and as of this writing, the finalized details are still being hammered out. The ramifications of this new bill are too vast to explain here. We have covered many of the details, as we understand them today, elsewhere and you can check them out in our latest version of our article on tax credits.

As the Federal Reserve struggles to bring today’s overheated inflation under control, it is raising its Federal Funds interest rate. This is the rate banks charge one another for short-term loans, and it’s set by a committee of 12 Fed members. The Fed is the central bank of the United States. The federal funds rate is the leading influencer of the prime rate, which is the interest rate banks charge their very best customers when borrowing money.

According to the financial market experts at Bankrate, the fed funds rate in early January of 2023 was 4.5%. A year before, it was 0.25%. Yep, that’s an increase of 4.25% year over year. Consequently, the prime rate jumped from 3.25% a year ago to 7.5% in early January. This pressures all lenders to increase interest rates for all other car loan borrowers across the board.

As a result of higher car prices and interest rates, the average new car payment reached $777 at the end of 2022.

Cox Automotive Economist Jonathan Smoke sees the Fed raising the Federal Fund Rates even further in the first half of 2023. Cox is the parent company of Kelley Blue Book.

Consequently, auto loan rates will increase further, as well. At that point, the upward trend could be over and maybe even bring a little relief. However, Smoke expects auto loan interest rates to continue to be painfully high through 2023, and into 2024.

Is the Economy in a Recession?

Historically, two consecutive quarters of negative gross domestic product (GDP) have been the definition of a recession. The United States economy certainly met that standard in the first two quarters of 2022. However, it bounced back a bit in the last two quarters of 2022. The arbiter for making the “recession” call, the National Bureau of Economic Research, has yet to do so. Why? Because other economic indicators have remained relatively strong. For example, by government measures, unemployment has remained low, while consumer spending has remained high.

Many experts still anticipate the U.S. sliding into a recession in 2023. While the economy is weakening, it’s too soon to say how bad. or for how long, things will get.

Smoke summed up the current economy this way: “The economy’s fundamental issues are 40-year highs in inflation and, as a result, 20-plus year highs in interest rates as the Fed tries to slow the economy to bring inflation down to their 2% target.”

Pros and Cons of Buying an Electric Car Now 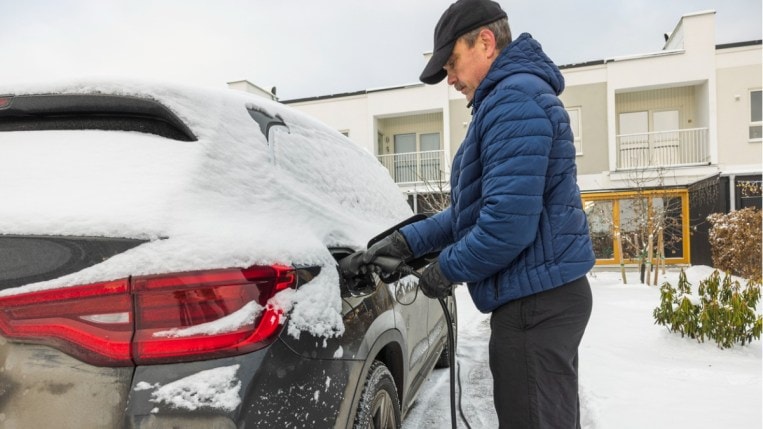 We’ve tried to avoid wading too far into the weeds; however, itemizing the pros and cons of buying an EV now should clarify things a bit more. Remember, these pros and cons aren’t based on whether you should buy an electric car at all. These are based on buying an electric vehicle now rather than waiting a year or more.

What Would We Do?

If budgeting was our number one concern, we’d wait a year. We think the supply will increase, transaction prices will go down, and we like the idea of getting the government’s incentive of up to $7,500 upfront on a new vehicle. Even if meeting a budget wasn’t an issue, we like the bigger variety of models another year will bring. It’s a roll of the dice on what the interest rates will do. However, with many models taking several months or a year to arrive after putting down a deposit, you may not avoid an escalating interest rate if it continues rising.

On the other hand, if we were in a position where cost wasn’t a factor and we could wait until filing our income tax to take advantage of tax credits, we might buy now. This is particularly true if we had our eye on a Tesla Model Y or any EV models currently on sale.