Mini Coopers are iconic cars that everyone adores, regardless of their age. Who makes Mini Cooper cars? Because Mini has many paint schemes with the Union Jack flag, one might call Mini a British brand. While Mini originates from Britain, it is now owned by BMW Group.

Mini Coopers are made in two BMW plants, one in England and one in the Netherlands. BMW Group purchased Mini in 2000. It is evident when Mini is advertised on TV or in print advertisements. Mini Coopers are unique cars with many parts shared with BMW models.

In the beginning, the Mini name was applied to Morris Minis and Austin Minis with different branding, which was essentially the same car. Due to its low running costs, the Mini became extremely popular just after World War II, when fuel prices were skyrocketing.

The success of Mini continued for many years. However, the same model cannot endure without any major updates for too long. The company introduced a new generation of Minis in 1996.

BMW already owned the Mini through its parent company Rover Group (British Leyland was renamed Rover Group in 1986). BMW engineers conceived a next-generation Mini after analyzing the potential of MINI. BMW developed the 2001 Mini to cater to a wider audience and step up in technology. The Mini could no longer be considered a niche product due to its limited functionality.

As BMW's Mini lineup has evolved, it now includes body styles like the Clubman, Countryman, and Convertible. Minis now come with two doors, convertibles, four doors, or crossovers. They are also available with petrol or diesel engines. There will soon be an electric version of Mini as well. MINI's products are currently developed in Munich, Germany, at the BMW headquarters.

Where are Mini Coopers Made

The factory has been manufacturing cars for over 100 years. The steel press factory where the body panels of the first-generation Mini were manufactured was in this compound. Austin, the company that owned Mini, owned a factory in the area. The company has a major role in turning the area into an automotive manufacturing zone. BMW has been producing Mini cars right here since 2001. They've been assembling them since 2001.

Mini is manufactured at three plants in the UK. The Swindon plant manufactures body pressings and sub-assemblies. Plant Hams Hall makes engines. Those elements combine at Plant Oxford through the assembly line.

Mini has been produced here on a contract basis since 2014. DAF Trucks originally built the plant in 1967. The Volvo Group took control of the DAF factory between 1972 and 1975 and began building Volvo cars there.

Financial difficulties began to plague the plant in the 1990s. Following this, Volvo, Mitsubishi, and the Dutch Government came together to form a joint venture. Mitsubishi ceased production at this plant in 2012, and Dutch industrial group VDL purchased the facility. Now, VDL contract manufactures several models of Mini at this facility.

Recalls and reliability issues have plagued Mini for a long time. Consumer Reports found 17 potential issues with Mini's reliability. The most common ones dealt with the Engine, Driving System, Electrical System, and Suspension.

According to Consumer Reports, the model from 2006-to 2012 is the least reliable. Buying a used Mini from that period is a risky proposition if you plan to buy a used car. 2014 saw a complete upgrade to the Mini Copper, which has far greater reliability. The reliability ranking is now above average. The reliability ranking has only increased since 2014. It is at an exceptional level today. The JD Power report for 2019 indicated that Mini Cooper Clubman is the most reliable compact car. It ranked fourth on the reliability scale overall.

Are you interested in learning more about cars and their maintenance? Head over to the KeepDriving website and check out our blog post about the most common symptoms of a bad EGR valve. 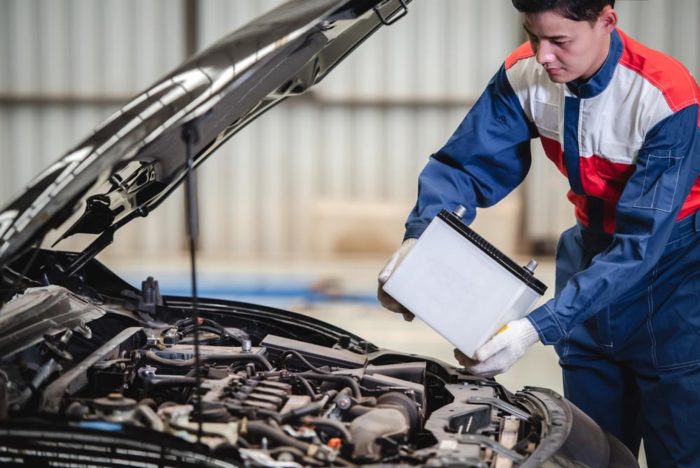